The year that I graduated college, I had my second overseas adventure. In the summer of 2007, Jamie (of “Marriage in Ireland” fame) and I packed up our gear to travel to Tanzania and do a documentary.

The whole set up took a bit of planning. In my junior year of college I had decided to do something with my “skills” that was bigger than myself. I researched many non-profit organizations and talked with a few to decide what it was I fully wanted to try and do. After finalizing my thoughts with a group called Global Partners for Development, they presented me with an opportunity to travel to Tanzania.

Global Partners focuses on a few areas of development:

1. Water Projects — both water sanitation and water resources near villages are a huge problem within Tanzania.
2. Primary School Funding — attracting good teachers, raising money to fund schools and buying school supplies
3. Scholarships for Secondary Schooling (for girls) –if families only have enough money for one child to continue their education, the male child will always get chosen.
4. Animal Projects — teaching villages how to raise animals for production instead of killing them immediately for food
5. Women’s Social/Ecomical Businesses — giving start up loans to women and teaching business skills, a trade, etc.

I thought these projects were fantastic; I felt they were doing so many things that spoke to the heart of what I believe. The major set back was they, being a non-profit organization who gives away a good portion of its earnings, did not have camera equipment nor the funding to send me with them for this trip.

I started talking with my college to see if there was any type of funding for this type of project. Fortunately, there was a grant that I qualified for which gave me a bit of money. My hometown church gave me some more. And from that point, people came from out of the wood work to donate money to help me get to Tanzania. I was overwhelmed with the positive response I was given and it made me determined to make the best documentary in my capabilities (which, given that it was my first and only documentary to this day, was a feat in itself).

Now, where does Jamie fit into all of this? Jamie, who went to school for broadcast journalism in Nebraska, was visiting me at college when I casually mentioned my plan. Her passion and response was immediate: I am coming with you. I told her about the money, the equipment, and the time/dedication needed. She did her part (and then some) and we were well on our way.

Tanzania is amazing. It’s beautiful. It’s rustic. It’s peaceful, it’s life-affirming, and a part of my heart has been left there. The children who we met at the schools were wonderful. They were playful; we gave them coloring books and stickers. Most people spoke English rather well and were so appreciative of the work we were doing and for the money that the donors had brought. We were able to sit in at an actual tribe’s meeting (all in Swahili, so we were later filled in) where the Maasai chief leader was scolding the group for not caring about women’s education. (In most tribes the girls will be married off at 12 or 13 and they will not continue in schooling.) 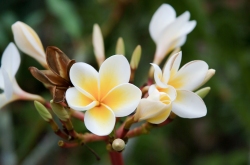 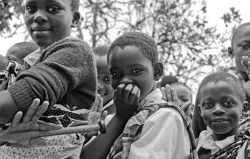 A lot of what we saw in Tanzania was heart breaking as well. Not so much because of the poverty, but because they were so thankful for what they had and for opportunities to speak with us. We were sang to many times, presented with gifts, and many hugs and handshakes were given. Jamie and I tried our hardest to document everything, take copious amounts of notes, and gather information, but it was so hard to not get swept up in the culture instead. We stayed in beautiful areas, ate delicious food, and bonded with our group along the way. It was an experience I will never forget, for multiple reasons.

The last few days our bus drivers (Pascal and Rama) took us out on a safari. Pascal really took a liking to Jamie and me, he always made sure we rode in his vehicle with him and called us Simba 1 and Simba 2 (lions).

The animals of Tanzania are wild- and I mean that in the double sense. Wild as in… radical, amazing, and unbelievable and also wild in the “Oh, shit, there is an elephant 10 feet away from me!” sort of sense. We saw four of the big five while were there: a couple of lions, some cape buffalo, plenty of elephants, and one lone rhino we almost missed because he was so far away. Poachers kill rhinos because their horns are worth a lot of money, so they are becoming scarce to the country. Leopards were the only big five we did not see, because they had migrated away from the area during the time were there. 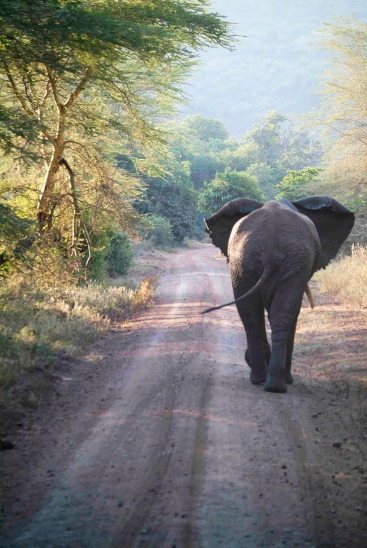 I could go on and on about Tanzania, but I will wrap up with some final thoughts below. My hope is to return to that area some day and see the progress and difference the projects have made to the culture and economy of the country.

THINGS I REMEMBER ABOUT TANZANIA 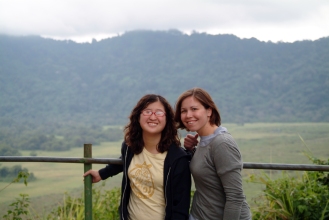 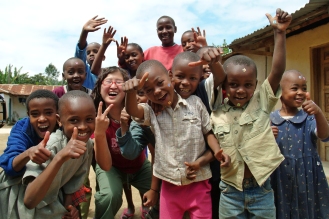 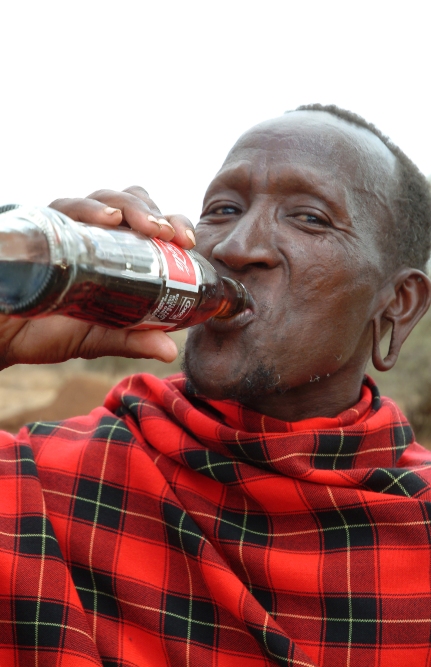 THE TRAVELIN’ SONG: The Circle of Life (Lion King Soundtrack). Of course.

BUDGET: $2500 for the airfare, $2500 for the trip itself. I was a young (poor) college kid at the time, and most of the money was raised through fundraising.

TIP FOR TRAVELERS: Lock your vehicles when out on a safari. Baboons have grown to recognize that those metal contraptions carry food. They are master thieves and know how to open handles. On a scarier note, I recently saw a video of a lion doing the same thing.

DEFINITELY CHECK OUT: Safaris, safaris, safaris. They are expensive, of course, but they are an opportunity to see exotic animals in their natural environment.